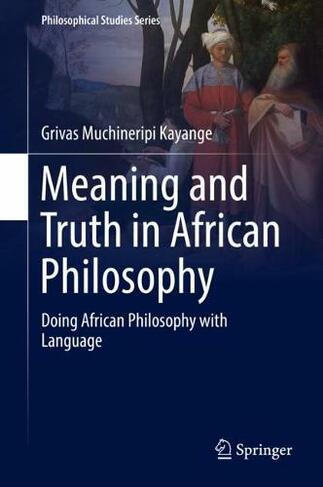 This book offers a new way of doing African philosophy by building on an analysis of the way people talk. The author bases his investigation on the belief that traditional African philosophy is hidden in expressions used in ordinary language. As a result, he argues that people are engaging in a philosophical activity when they use expressions such as taboos, proverbs, idioms, riddles, and metaphors. The analysis investigates proverbs using the ordinary language approach and Speech Act theory. Next, the author looks at taboos using counterfactual logic, which studies the meaning of taboo expressions by departing from a consideration of their structure and use. He argues that the study of these figurative expressions using the counterfactual framework offers a particular understanding of African philosophy and belief systems. The study also investigates issues of meaning and rationality departing from a study on riddles, explores conceptual metaphors used in conceptualizing the notion of politics in modern African political thought, and examines language and marginalization of women and people with disabilities. The book differs from other works in African philosophy in the sense that it does not claim that Africans have a philosophy as is commonly done in most studies. Rather, it reflects and unfolds philosophical elements in ordinary language use. The book also builds African Conception of beauty and truth through the study of language. 17 Illustrations, black and white; XVII, 169 p. 17 illus.

Grivas Muchineripi Kayange: Holds a PhD in Philosophy from the Gregorian Pontifical University, Rome, Italy (2007). He is the senior lecturer of Philosophy Department at Chancellor College, University of Malawi. He was a visiting scholar at the Center of Philosophy of Natural and Social Sciences at the London School of Economics and Political Science in 2006 and a Post-graduate visiting scholar at the University of Edinburgh from 2008 to 2009. His main research interest is the logical relation between theories/policies and practice in African ethics, language, politics, religion and natural science. Some of his publications include: Modern Nationalistic-Ideological Philosophy: Its Controversial Development in Malawi (Journal of African Philosophy, 2012), AU-ICC-Malawi Conflict: An Analysis of Malawi's Position and its Implications (JH, 2013), Understanding the Semantics of Chewa Proverbs in the Light of Contemporary Philosophy of Language (Journal of African Cultural Studies, 2014), Marginalisation of persons with disabilities in metaphorical conceptualisation (Disabilities in Africa, Kenya, 2016) and Existence and Needs - A case for the equal moral considerability of nonhuman animals (Bangladesh Journal of Bioethics, 2016).