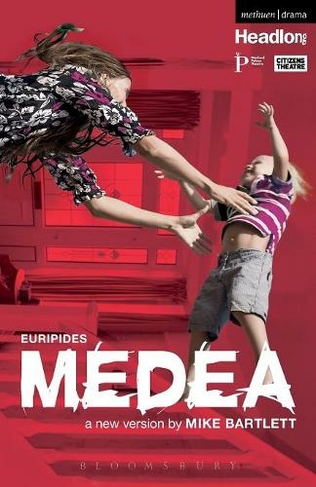 If there's a God, which at the moment I DOUBT, I want you to curse him. If there's any justice, I want them - both of them - in a car crash. Her husband's gone and her future isn't bright. Imprisoned in her marital home, Medea can't work, can't sleep and increasingly can't cope. While her child plays, she plots her revenge. This startlingly modern version of Euripides' classic tragedy explores the private fury bubbling under public behaviour and how in today's world a mother, fuelled by anger at her husband's infidelity, might be driven to commit the worst possible crime. The production is written and directed by one of the UK's most exciting and in-demand writers, Mike Bartlett, who has received critical acclaim for his plays including Earthquakes in London; Cock (Olivier Award), a new stage version of Chariots of Fire, and Love Love Love. This programme text coincides with a run at the Headlong Theatre in London from the 27th of September to the 1st of December 2012.

Mike Barlett's debut play, My Child (2007), saw him hailed by The Stage as 'one of the most exciting new talents to emerge in recent times'. In 2009, Cock won the Olivier Award for Outstanding Achievement in an Affiliate Theatre, while Contractions was nominated for the TMA Best New Play award. Bartlett was Pearson Playwright in Residence at the Royal Court in 2007, and is currently Associate Playwright at Paines Plough.Euripides (484-406 BC) was a Greek dramatist. The last major tragic playwright of the classical world, he has also been called "the first modern".