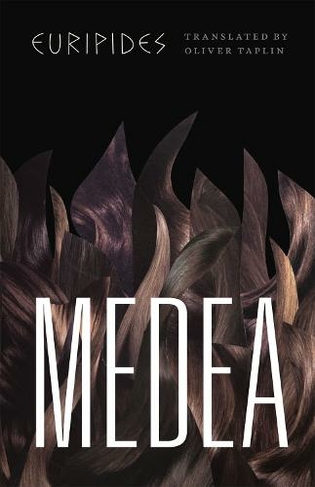 Though it wasn't successful at its first performance, in the centuries since then, Euripides's Medea has established itself as one of the most powerful and influential of the Greek tragedies. The story of the wronged wife who avenges herself upon her unfaithful husband by murdering their children is lodged securely in the popular imagination, a touchstone for politics, law, and psychoanalysis and the subject of constant retellings and reinterpretations. This new translation of Medea by classicist Oliver Taplin, originally published as part of the acclaimed third edition of Chicago's Complete Greek Tragedies, brilliantly replicates the musicality and strength of Euripides's verse while retaining the play's dramatic and emotional power. Medea was made to be performed in front of large audiences by the light of the Mediterranean sun, and Taplin infuses his translation with a poetry, color, and movement suitable to that setting. By highlighting the contrasts between the spoken dialogues and the sung choral passages, Taplin has created an edition of Medea that is particularly suited to performance, while not losing any of the power it has long held as an object of reading or study. This edition is poised to become the new standard, and to introduce a new generation of readers to the moving heights of Greek tragedy.

Oliver Taplin is professor emeritus of classics at the University of Oxford. He is the author of many books, including Greek Tragedy in Action, Greek Fire, Homeric Soundings, and, most recently, Pots and Plays. He has also collaborated on several contemporary theater productions.