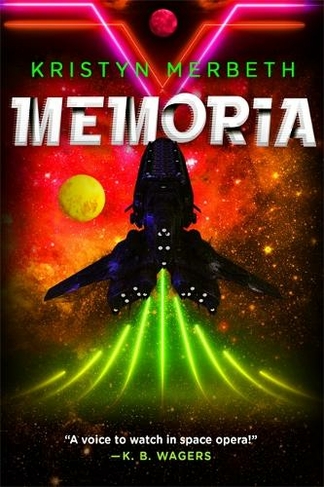 Two planets are on the brink of war in Memoria, the thrilling second book in an action-packed space opera trilogy, The Nova Vita Protocol. The Kaiser Family helped the Nova Vita system avoid a catastrophic multi-planet war, one that the Kaisers might have accidentally caused in the first place. In their wake, two planets have been left devastated by ancient alien technology. Now, the Kaisers try to settle into their new lives as tenuous citizens of the serene water planet, Nibiru, but Scorpia Kaiser can never stay still. So, she takes another shady job. One that gives her a ship where spaceborn like her belong. But while Scorpia is always moving forward, Corvus can't seem to leave his life as a soldier behind. Every planet in the system is vying to strip his razed home planet Titan of its remaining resources, and tensions are high. The Kaisers will need to discover the truth behind what happened on Gaia and Titan, or Corvus will be forced again to fight in an unwinnable war - and this time, all of Nova Vita is at stake.

Kristyn Merbeth is obsessed with SFF, food, video games, and her dog and resides in Tucson, Arizona.