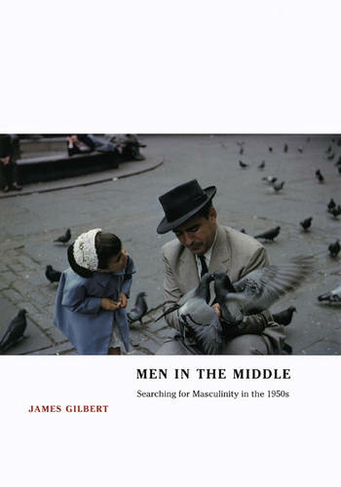 Men in the Middle Searching for Masculinity in the 1950s 2nd ed.

While the 1950s have been popularly portrayed - on television and in the movies and literature - as a conformist and conservative age, the decade is better understood as a revolutionary time for politics, economy, mass media, and family life. Magazines, films, newspapers, and television of the day scrutinized every aspect of this changing society, paying special attention to the lifestyles of the middle-class men and their families who were moving to the suburbs newly springing up outside American cities. Much of this attention focused on issues of masculinity, both to enforce accepted ideas and to understand serious departures from the norm. Neither a period of "male crisis" nor yet a time of free experimentation, the decade was marked by contradiction and a wide spectrum of role models. This was, in short, the age of Tennessee Williams as well as John Wayne. In Men in the Middle, James Gilbert uncovers a fascinating and extensive body of literature that confronts the problems and possibilities of expressing masculinity in the 1950s. Drawing on the biographies of men who explored manhood either in their writings or in their public personas, Gilbert examines the stories of several of the most important figures of the day - revivalist Billy Graham, playwright Tennessee Williams, sociologist David Riesman, sex researcher Alfred Kinsey, Playboy literary editor Auguste Comte Spectorsky, and TV-sitcom dad Ozzie Nelson - and allows us to see beyond the inherited stereotypes of the time. Each of these stories, in Gilbert's hands, adds crucial dimensions to our understanding of masculinity the 1950s. No longer will this era be seen solely in terms of the conformist man in the gray flannel suit or the Marlboro Man.