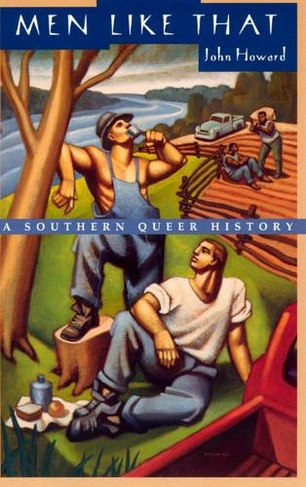 Men Like That: A Southern Queer History (New edition)

One doesn't usually associate thriving queer culture with rural America, but John Howard's history of queer life in the South seeks to debunk the myth that same-sex desires can't find expression outside the big city. In fact, this book shows that the nominally conservative institutions of small-town life - home, church, school and workplace - were the very sites where queer sexuality flourished. As Howard recounts the life stories of the ordinary and the famous, often in their own words, he also locates the material traces of queer sexuality in the landscape: from the farmhouse to the church social, from sports facilities to roadside rest areas. Spanning four decades, this book complicates traditional notions of a post-World War II conformist wave in America. Howard argues that the 1950s, for example, were a period of vibrant queer networking in Mississippi, while during the so-called "free love" 1960s homosexuals faced aggressive oppression. When queer sex was linked to racial agitation and when key civil rights leaders were implicated in homosexual acts, authorities cracked down and literally ran the accused out of town. In addition to firsthand accounts, the text finds representations of homosexuality in regional pulp fiction and artwork, as well as in the number one pop song about a suicidal youth who jumps off the Tallahatchie Bridge. And Howard offers assessments of outrageous public scandals: a conservative US congressman caught in the act in Washington and a white candidate for governor accused of patronizing black transgender sex workers. This history of the queer South aims to reorient the presuppositions about gay identity and about the dynamics of country life. 22 halftones, 4 maps

John Howard is a Lecturer in American studies at King's College, University of London. He is the editor of Carryin' On in the Lesbian and Gay South and The Bitterweed Path.