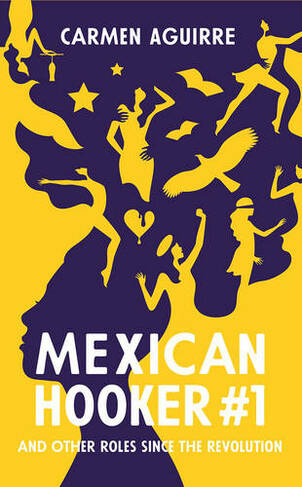 Mexican Hooker #1: And My Other Roles Since the Revolution

At six years old Carmen Aguirre was a Chilean refugee adjusting to life in North America. At eighteen she was a revolutionary dissident married to a man she couldn't fully love. In her twenties she fought to find herself as an actress and break away from the stereotypes thrust upon her - housekeeper, hotel maid, Mexican Hooker #1. But alongside these many identities was another that was hard to embrace and impossible to escape: that of the thirteen-year-old girl attacked by one of Canada's most feared rapists. Thirty-three years after the assault, Carmen decided it was time to meet the man who changed her life.

CARMEN AGUIRRE is a celebrated playwright and actress. She has written or co-written eighteen plays and she had a lead role in Quinceanera, winner of the Grand Jury Prize and the Audience Award at the 2006 Sundance Film Festival. Something Fierce, her first book, was published by Portobello Books in 2012. She lives in Vancouver.