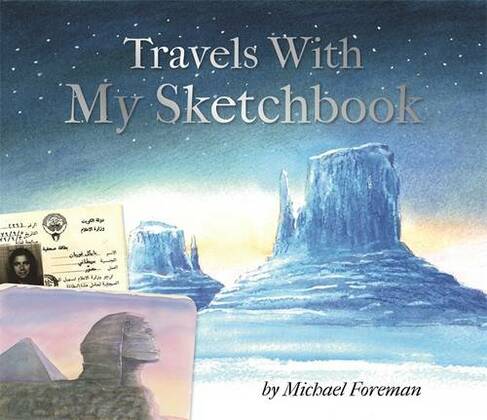 Michael Foreman: Travels With My Sketchbook

Join Michael Foreman on an incredible journey around the globe. His prolific career as an illustrator has taken him through war-torn Vietnam to the vast forests of Siberia, from Mao's China to Japan, the Arctic to the South Seas and from the top of the world to the bottom of the ocean. Armed with a pencil and watercolours, Michael's signature style captured the sights and sounds of all he encountered. These are his incredible memoirs.

Michael Foreman's numerous books for children have earned him widespread recognition as one of the world's leading illustrators. He has regularly collaborated with Terry Jones, Michael Morpurgo and others while several of his own books are also considered modern classics. Titles include The General, Ali Pasha, War Boy, War Game, Michael Morpurgo's Farm Boy and many more.