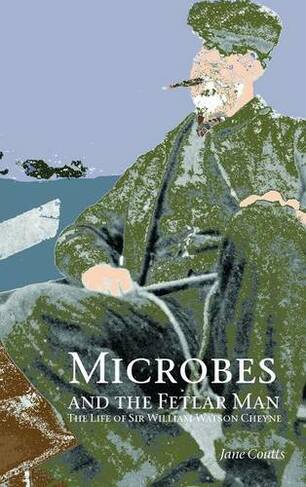 Microbes and the Fetlar Man: The Life of Sir William Watson Cheyne

The life of Sir William Watson Cheyne spanned the flamboyant era of colonial expansion and some of the most important medical developments of the 19th century. His own role in these advances - as an eminent surgeon, an early researcher in medical bacteriology, a staunch ally of Lord Lister, an MP, and an intrepid traveller - has not previously been studied in depth. Fittingly for a man of meticulous detail, yet with a restless and pioneering imagination, his extraordinary story emerges from a fascinating mix of family and community memory and detailed archival research. Added to this resource is the sheer wonder of the digitisation of photographs and glass lantern slides from the family home - whereby faded sepia and scratched surfaces revive the 'ghosts' who took tea on the lawns of Leagarth House or served in the medical units of the Boer War. Many of these rare images are reproduced in the biography. When the author, then the manager of the museum on the remote Shetland island of Fetlar, first began to research 'Sir Watson' in 1999, she imagined 'in some small way ...restoring him to his rightful place in history'.She has surpassed this, both for readers of biography and for social historians, not only those those researching the history of medicine. black & white illustrations

Jane Coutts was born in Lincolnshire in 1958. She studied languages before going on to an M.Phil in Sociology/Anthropology. For 15 years, she was the manager of Fetlar Interpretive Centre on the island of Fetlar in Shetland, where she produced exhibitions on Cheyne and on the island's heritage. She is currently an affiliate researcher with the Institute of Biodiversity, Animal Health and Comparative Medicine at Glasgow University.