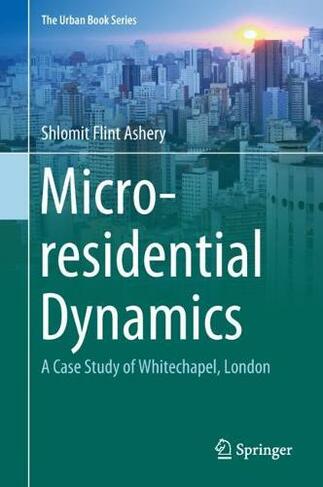 This book examines how non-economic inter- and intra-group relationships were reflected in residential patterns around the first decade of the 21st century in Whitechapel, an old yet attractive absorption neighbourhood in east London, UK. It sheds light on different levels of organisation that shape urban space and suggests an integrated understanding linking socio-cultural-religious norms and the urban environment that could be extrapolated to other cities. It studies core methodologies through joining of detailed, primary empirical research, collected through direct engagement with the communities of interest, with a wider theoretical and modelling framework. This study identifies the main engines of organised neighbourhood change and the difficulties of planning. It deals with individuals in the housing market and sheds light on similar processes occurring in other city centres with diverse population groups. Based on residential records at the resolution of single family and apartment covering a period of 17 years, the study reveals and analyses powerful mechanisms of residential relations at the apartment, building and the near neighbourhood level. Taken together, these revealed mechanisms are candidates for explaining the dynamics of residential segregation in the area during the period 1995 to 2012. Whitechapel's communities are extremely diverse, composed of 27 ethnic and religious groups and sub-groups. The residential preferences of group members are highly affected by the need to live among "friends" - other members of the same group. How is it that the area has been so attractive for so many people to live in, whilst at the same time being so diverse that people cannot achieve their stated preferences to live amongst 'friends'? 9 Tables, color; 16 Illustrations, color; 5 Illustrations, black and white; XVII, 130 p. 21 illus., 16 illus. in color.

Dr. Shlomit Flint Ashery was a Marie Curie fellow at the Centre for Advanced Spatial Analysis (CASA) at the Faculty of the Built Environment, University College London (UCL), UK. Currently, she is a senior researcher at Survey of London: Whitechapel Initiative, studying of the impact of recent immigration wave on Whitechapel's built environment through digital means.