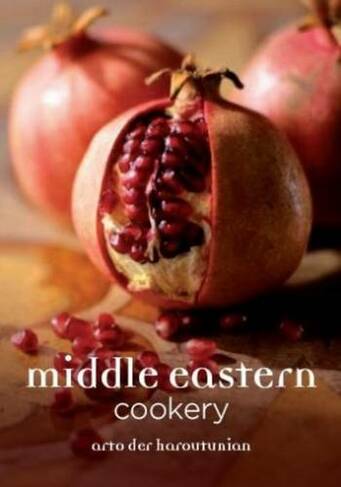 By Arto der Haroutunian (Author)
Paperback
https://www.whsmith.co.uk/products/middle-eastern-cookery/arto-der-haroutunian/paperback/9781906502942-12-000.html N/A
GBP
Availability
Currently unavailable. We dont know when or if this item will be back in stock
Free Saver Delivery on orders over £25
Details
FREE SHIPPING over £25 for Saver Delivery
Share

All Arto der Haroutunian's twelve cookbooks written in the 1980s became classics; it was his belief that the rich culinary tradition of the Middle East is the main source of many of our Western cuisines and his books were intended as an introduction to that tradition. His Middle Eastern Cookery is regarded as the seminal work on the subject but it had been out of print for twenty years with second hand copies on offer for over four hundred pounds, such was its scarcity and popularity. At last here in a new redesigned paperback edition is the Middle Eastern cookbook that everyone wants. It is a book containing every possible recipe from the Middle East there are dishes from the plains of Georgia, from Afganistan, Egypt, Syria, Lebanon, Israel, Persia and Armenia. It is written in the same wonderful style as his other classic cookbooks; peppered with anecdotes on life, food and culture. He guides us first round the mezze table and then leads us on to recipes for soups, salads, savouries, pilaffs, kebabs, casseroles and grills that make the best use of meat, fish and poultry. He teaches the cook about the different spices that are favoured by different countries mint for Armenia, cumin for Iran and with each recipe comes a piece of history or a fable which makes this a book to read as well as an unequalled collection of recipes.

Arto der Haroutunian died in 1987 at the untimely age of 47. He is survived by his wife and son who still live in Manchester. As well as his passion for cooking, he was a painter of international reputation who exhibited all over the world. His other interests included composing music and translating Turkish, Arab, Persian and Armenian authors. He was a true polymath.