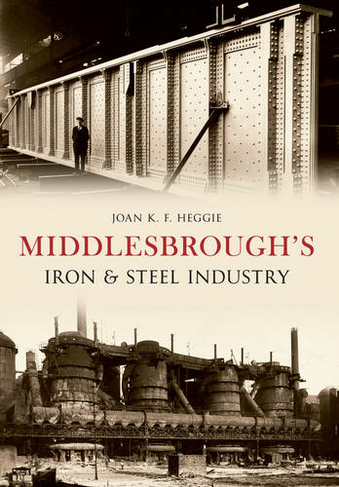 Middlesbrough and Teesside are renowned for their association with the iron and steel industry. Iron has been produced there on an industrial scale since the 1850s, when Cleveland ironstone was discovered in the Eston Hills. By 1866, there were fifty-eight blast furnaces in Middlesbrough, Cargo Fleet, Eston (South Bank) and Port Clarence and the growth and subsequent decline of the iron and steel industry is, in many ways, the history of Middlesbrough itself. Any uninformed visitor could be forgiven for overlooking this heritage, however, as there are so few remaining architectural reminders of that historical association; the furnaces and mills have been demolished, the corporate buildings are now night clubs or pubs, the river is less polluted, the air is cleaner and quieter. These images trace the changing landscape from the latter half of the nineteenth century through time to the late 1960s when the industry was nationalised. 177 Illustrations, unspecified

Joan Heggie is a research fellow at the Social Futures Institute at Teesside University and until early 2011 was the Project Manager at the British Steel Archive Project.