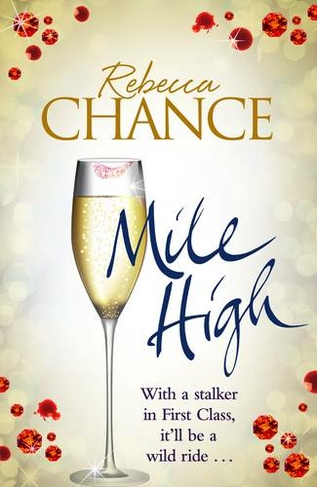 Take to the sky in the gripping thriller Mile High by bestselling author, Rebecca Chance. First class can be murder . . . Pure Air's new LuxeLiner is flying from London to LA - its inaugural journey - with a first-class cabin packed with A-list celebrities. As the feuding crew compete to impress their famous passengers, the handsome pilot tries to win the attention of a pretty young stewardess. But one VIP singer is battling something seriously sinister: watching her every step is a very determined stalker, someone who will go to any lengths to get the star to satisfy their desires. At thirty thousand feet there is nowhere to run, and nowhere to hide . . .

Rebecca Chance is the pseudonym under which Lauren Henderson writes bonkbusters. Under her own name, she has written seven detective novels in her Sam Jones mystery series and three romantic comedies. Her non-fiction book Jane Austen's Guide To Dating has been optioned as a feature film, and her four-book young adult mystery series, published in the US, is Anthony-nominated. As Rebecca Chance, she has written the Sunday Times bestselling bonkbusters Divas, Bad Girls, Bad Sisters, Killer Heels, Bad Angels, Killer Queens and Bad Brides, which feature her signature mix of social satire, racy sex and rollercoaster thriller plots. Rebecca also writes for many major publications, including the Telegraph, the Guardian, Cosmopolitan and Grazia.Born in London, she has lived in Tuscany and New York, and she travels extensively to research glamorous locations for the books. She is now settled in London, where she lives with her husband. Her interests include cocktail-drinking, men's gymnastics and the Real Housewives series.