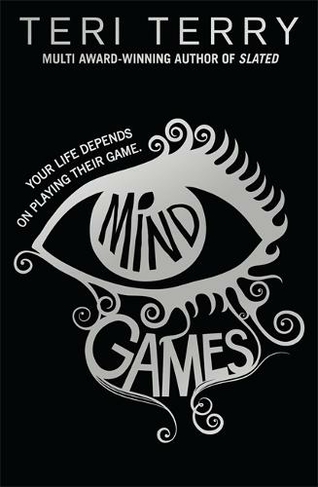 Fans of the award-winning SLATED trilogy won't want to miss this gripping new psychological thriller from Teri Terry! In a future world, life is tightly controlled by the all-powerful PareCo. Standing out from the crowd is dangerous so misfit Luna hides her secrets carefully, not realising her own power. Unlike her friends and family, Luna has never been able to plug into Realtime, PareCo's virtual world, where almost everyone now lives their lives. So how do PareCo know about Luna, and why do they want her for their elite think tank? The truth is hidden in a web of shining silver secrets, and the corrupt authorities would do anything to keep it that way. Can Luna find a way to use her own hidden powers and bring the truth to light before it's too late?

Teri Terry's award-winning debut trilogy - Slated, Fractured and Shattered - established her as the queen of the teen thriller. Teri is also the author of Mind Games and Book of Lies, and her most recent work is the Dark Matter trilogy. Her books have been translated into sixteen languages and have won many prizes at home and abroad. Teri Terry has lived in France, Canada, Australia and England at more addresses than she can count, acquiring four degrees, a selection of passports and an unusual name along the way. Past careers have included scientist, lawyer, optometrist and, in England, various jobs in schools, libraries and an audiobook charity. She has now made her home in the Buckinghamshire Chilterns (where the Slated trilogy is set) but Teri's love of travel continues, and research for her novels has recently taken her to Dartmoor (Book of Lies) and Shetland (Dark Matter).