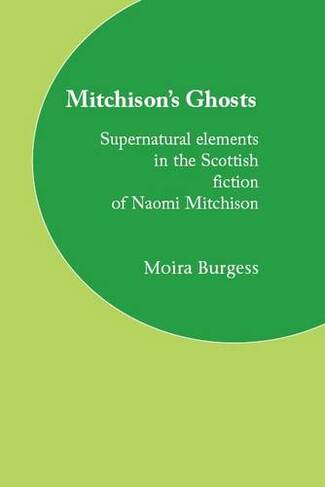 This groundbreaking book, an important contribution to Naomi Mitchison criticism,examines three novels,The Bull Calves (1947), The Big House (1950) and Lobsters on the Agenda (1952),and a selection of short stories, with particular regard to the supernatural, fairy-tale and mythical content which is a recurrent element in her work. Naomi Mitchison (1897-1999) was a highly practical person -- a social and political activist, a feminist and a pacifist -- yet was drawn to the idea of an 'irrational' dimension to life, and reported inexplicable experiences from her childhood onwards. An awareness of the supernatural and mythical pervades her writing. This book shows that Mitchison perceived a strong connection between 'the irrational' and questions of creativity, sex and fertility, which she saw as being themselves interconnected and central to her life. Moira Burgess is a professional writer in the genres of fiction, drama and poetry, and has published widely on Scottish literature and women's writing. Dr Burgess is the author of The Glasgow Novel: A bibliography. Her novels The Day Before Tomorrow and A Rumour of Strangers are shortly to be reprinted by Kennedy & Boyd, and she is working on an edition of Naomi Mitchison's collected prose. Like Mitchison, she comes from Kintyre. black & white illustrations

Moira Burgess is a novelist, short story writer and literary historian, born in Campbeltown, Argyll, and now living in Glasgow.