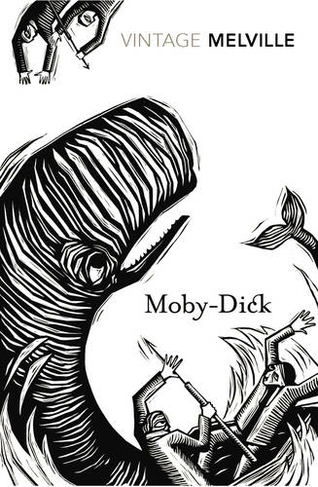 'The ultimate fish story' Bob Dylan When Ishmael sets sail on the whaling ship Pequod one cold Christmas Day, he has no idea of the horrors awaiting him out on the vast and merciless ocean. The ship's strange captain, Ahab, is in the grip of an obsession to hunt down the famous white whale, Moby Dick, and will stop at nothing on his quest to annihilate his nemesis.

Herman Melville was born in New York on 1 August 1819. He first went to sea at the age of nineteen on the St Lawrence which sailed from New York to Liverpool. He later worked as a teacher before taking to the seas again in 1841 on the whaleship Achushnet. After six months of sailing in the Pacific, Melville abandoned ship and lived among the natives of the Marquesas Islands for several weeks. This experience inspired his first book Typee (1846) which was published to great success. The sequel, Omoo, was published in 1847 and later that year Melville married Elizabeth Shaw. He published several other novels and poems, including his most famous work, Moby-Dick (1851), but his later works were not widely appreciated until long after his death. Moby-Dick is now considered one of the most important American novels of all time. Melville died on 28 September 1891.