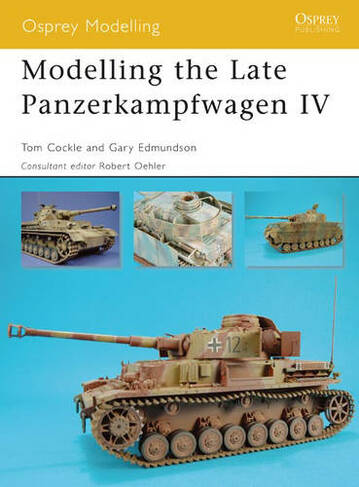 Modelling the Late Panzerkampfwagen IV No. 38

The Panzerkampfwagen IV has often been referred to as the 'workhorse' of the German Army in World War II. This important weapon went through several upgrades and improvements during its lifetime and is the only German tank to have been produced continuously throughout the entire war. In his previous title, "Modelling the Early Panzerkampfwagen IV", Tom Cockle covered the early production Panzer IV. This book will cover the later versions of the tank from those that were initially equipped with the 7.5cm KwK 40 L/43 to later versions which were mounted with the L/48 gun. Step-by-step photographs show how to model this tank across various scales and at various skill levels, making this book ideal for both beginners as well as advanced modellers interested in minuscule detail, scratch built extras and rare tank markings. col. Illustrations

Tom Cockle was born in Edmonton, Alberta, in 1949. He has been modeling for 25 years and has won several awards at US and Canadian model shows. His articles have been published in several magazines, including Military Modeler, Military in Scale, Military Modelcraft International, FineScale Modeler, and AFV Modeller. The author lives in Alberta, Canada.