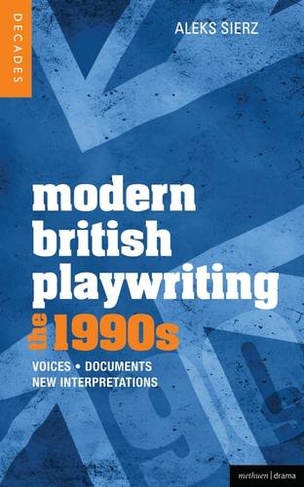 British theatre of the 1990s witnessed an explosion of new talent and presented a new sensibility that sent shockwaves through audiences and critics. What produced this change, the context from which the work emerged, the main playwrights and plays, and the influence they had on later work are freshly evaluated in this important new study in Methuen Drama's Decades of Modern British Playwriting series. The 1990s volume provides a detailed study by four scholars of the work of four of the major playwrights who emerged and had a significant impact on British theatre: Sarah Kane (by Catherine Rees), Anthony Neilson (Patricia Reid), Mark Ravenhill (Graham Saunders) and Philip Ridley (Aleks Sierz). Essential for students of Theatre Studies, the series of six decadal volumes provides a critical survey and study of the theatre produced from the 1950s to 2009. Each volume features a critical analysis of the work of four key playwrights besides other theatre work, together with an extensive commentary on the period. Readers will understand the works in their contexts and be presented with fresh research material and a reassessment from the perspective of the twenty-first century. This is an authoritative and stimulating reassessment of British playwriting in the 1990s.