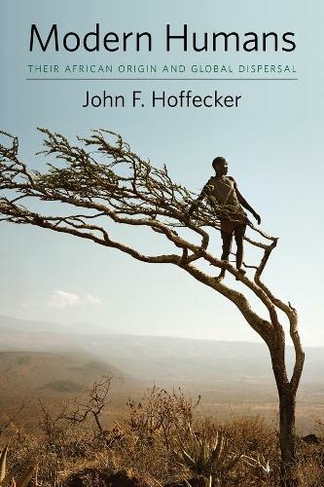 Modern Humans is about the most recent-and perhaps the most important-phase of human evolution: the appearance of anatomically modern people (Homo sapiens) in Africa less than a quarter of a million years ago and their subsequent spread throughout the world. Most of the features that render living human beings unique among all forms of life evolved or developed with Homo sapiens, and in Modern Humans, John F. Hoffecker argues that humans represent a "major transition" in evolution with respect to the storage, transmission, and translation of information, as well as a quantum leap in living-system complexity. Modern Humans synthesizes data from genetics (including the rapidly growing body of ancient DNA), the human fossil record, and archaeology relating to the African origins and global dispersal of anatomically modern people. The book begins by placing humans into the broad context of the evolution of life, emphasizing the fundamental role of genetic and nongenetic forms of information in living systems, and how changes in information are tied to "major transitions" in evolution. For more than a hundred thousand years, a diverse "near modern" human population, characterized by the retention of some archaic skeletal traits and possibly lacking the full suite of cognitive faculties found in living people, occupied the African continent and expanded briefly into the adjoining Arabian Peninsula and Levant. The immediate ancestors of all living maternal and paternal lineages possibly emerged from within this population, spreading initially throughout Africa before beginning a second-and ultimately global-dispersal no later than 60,000 years ago. The later chapters of this book recount their rapid expansion into southern Asia and Australia, northern Eurasia and Beringia, and throughout the Americas. 75 b&w illustrations

John F. Hoffecker is a fellow of the Institute of Arctic and Alpine Research at the University of Colorado, Boulder. He has conducted field research in Alaska and Eastern Europe and is the author of Desolate Landscapes: Ice-Age Settlement in Eastern Europe (2002); A Prehistory of the North (2005); (with Scott A. Elias) Human Ecology of Beringia (Columbia, 2007); and Landscape of the Mind: Human Evolution and the Archaeology of Thought (Columbia, 2011).