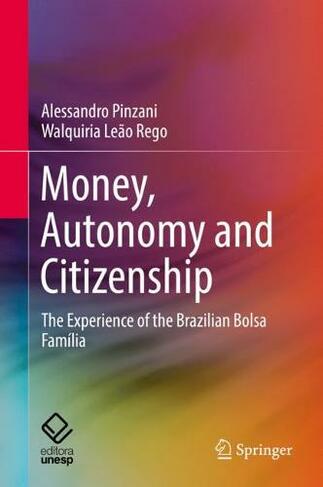 Money, Autonomy and Citizenship The Experience of the Brazilian Bolsa Familia 1st ed. 2019

This book analyzes the impacts on peoples' lives of the largest antipoverty social program in the world: the Brazilian Bolsa Familia Program. Created by the government of former Brazilian president Luiz Inacio Lula da Silva, Bolsa Familia has been for a time the largest conditional cash transfer program in the world, serving more than 50 million Brazilians who had a monthly per capita income of less than USD 50. The program is regarded as one of the key factors behind the significant poverty reduction Brazil experienced during the first decade of the 21st century. Bolsa Familia is neither a credit scheme nor a loan. It is a program of civic inclusion: it aims to help citizens meet their most basic needs and sometimes just to survive. Its goal is to create citizenship, not to merely train the entrepreneurial spirit. Having this in mind, the authors of this book spent five years (2006-2011) interviewing more than 150 women registered in the program to see how the cash transfers impacted their everyday lives. The authors concluded that the program produces significant social impacts in the beneficiaries' lives by increasing their levels of moral, economic and political autonomy, promoting citizenship. Money, Autonomy and Citizenship - The Experience of the Brazilian Bolsa Familia will be of interest to both academic researchers and public agents involved with the study, development and implementation of public policies aimed at reducing poverty and promoting social justice. 1 Illustrations, black and white; XXVI, 140 p. 1 illus.