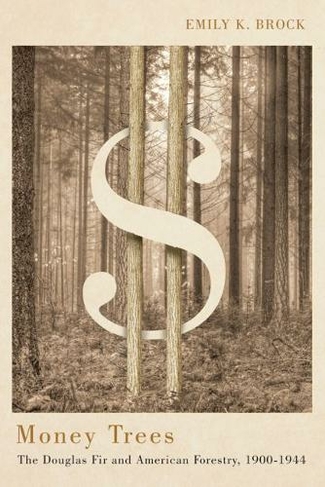 Around the start of the last century, the forests of the Pacific Northwest were viewed as dynamic sites of industrial production, and also as natural landscapes of ecological integrity. These competing visions arose as the nation's professional foresters faced conflicting demands from lumber companies and government regulators. External pressures converged with internal scientific debates within the profession, leading foresters to question the proper scope of their work. Money Trees is an interdisciplinary history of the crucial decades that shaped the modern American conception of the value of the forest. It begins with early 20th century environmental changes in the Douglas Fir forests of the Pacific Northwest, which led to increasing divisiveness and controversy among foresters. Brock balances this regional story with a national view of the intellectual and political currents that governed forest management, marshaling archival evidence from industry, government, and scientific sources. An important contribution to environmental scholarship, Money Trees offers a nuanced vision of forestry's history and its past relationship to both wilderness activism and scientific ecology. With fresh perspectives on well-known environmental figures such as Bob Marshall and Gifford Pinchot, it will add to the conversation among scholars in environmental history, history of science, and the history of the American West. It will be welcomed as a key resource across the spectrum of environmental studies, and by anyone interested in natural resources, land management, the role of science in environmentalism, and the modern wilderness movement. black & white photographs

Emily K. Brock is a historian of science and environment. Her work focuses on American natural resource management and the intersections between industry, science, and conservation. She has a Ph.D. from Princeton University, USA and has taught at several universities including Stanford University and the University of South Carolina, USA. She now lives in Berlin, Germany, where she is a research scholar at the Max Planck Institute for the History of Science. This is her first book.