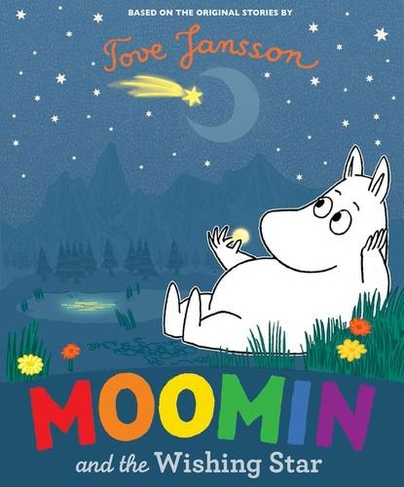 Moomin and the Wishing Star

By Tove Jansson (Author)
Paperback
https://www.whsmith.co.uk/products/moomin-and-the-wishing-star/tove-jansson/paperback/9780141359939-12-000.html £5.94 rrp £6.99 Save £1.05 (15%)
GBP
Availability
In Stock
Free Delivery Available When You Spend £25 Or More
Details
Spend £25 On Products To Receive Free Standard Delivery To Your Home Or Free Next Working Day Click And Collect To Store

When Moomintroll finds a beautiful shiny pebble, Snorkmaiden thinks it might be a star - and if it is a star, then Moomin can make a wish! But wishes are difficult things to get right, and while Moomin worries about what his wish will be, the star's shine begins to fade.

Tove Jansson was born in Finland in 1914. She began her career as a cartoonist and went on to write and illustrate many books for adults and children. She drew her first Moomin in the 1930s, just for fun, and in 1945 he became a character in a children's story. Tove became world-famous for her Moomin books, which began with The Moomins and the Great Flood in 1945, closely followed by Comet in Moominland in 1946, Finn Family Moomintroll in 1948 and six more Moomin adventures. During the winter months Tove lived and worked in Helsinki, but in the summertime she stayed on a beautiful remote island in the Gulf of Finland with her long-term partner, the artist Tuulikki Pietila. Tove Jansson received many prestigious awards during her lifetime, including the international Hans Christian Andersen Medal. She died in 2001, aged eighty-seven.