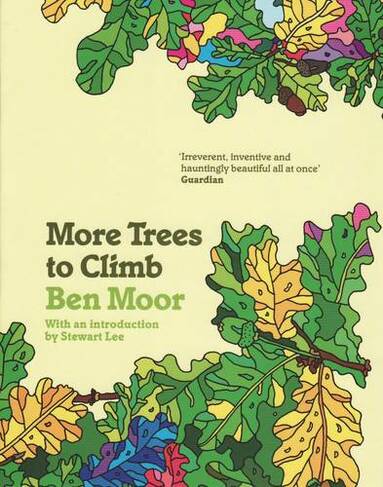 Love, loss and competitive tree-climbing are preoccupying the hero of 'Coelacanth'. This is a boy-meets-girl story with a twist, a tumble, several daring somersaults from the branches, and the discovery that love - like the coelacanth fish that was thought to be extinct - can lurk in the very darkest depths. In 'Not Everything Is Significant', we meet a biographer who is suffering from writers' block and a footnoter who is a stickler for detail - together they're pondering the meaning of a diary that arrived mysteriously through the post and which appears to predict the future, prompting some very tricky questions about the nature of destiny. Finally, in 'Supercollider for the Family' a husband and wife each face a challenge: he to build a 'supercollider' small enough for household use, she to complete a tightrope walk around the world. Their missions take us from a top-secret particle-physics lab deep underground to the vertiginous heights of a wire above a canyon, suspended like a slender silver thread between soil and sky. Originally written for stage performance, laced with wit and bursting with imagination, these three disarming creations work a dazzling, moving magic on the page.

BEN MOOR is an actor, writer and comedian and a stalwart of the Edinburgh Fringe. In 2006 he appeared in Lasse Hallstrom's movie of Casanova, alongside Heath Ledger, Sienna Miller and Jeremy Irons. TV appearances include Knowing Me, Knowing You and Men Behaving Badly.. Among his numerous radio credits, he wrote and acted in two series of the sci-fi comedy Undone on BBC7.This is his first book.