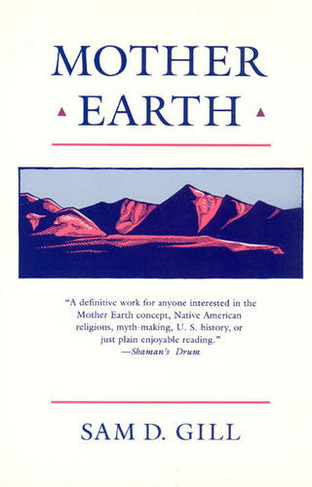 "The earth is my mother, and on her bosom I shall repose." Attributed to Tecumseh in the early 1800s, this statement is frequently cited to uphold the view, long and widely proclaimed in scholarly and popular literature, that Mother Earth is an ancient and central Native American figure. In this radical and comprehensive rethinking, Sam D. Gill traces the evolution of female earth imagery in North America from the sixteenth century to the present and reveals how the evolution of the current Mother Earth figure was influenced by prevailing European-American imagery of America and the Indians as well as by the rapidly changing Indian identity. Gill also analyzes the influential role of scholars in creating and establishing the imagery that underlay the recent origins of Mother Earth and, upon reflection, he raises serious questions about the nature of scholarship. "Mother Earth might be modern, stressing the supposed biological ground of native life and its rich mythic tradition, but it hardly frees the native people from their long, lamentable involvement with the white man. For making this point clear, Gill deserves high praise."-Bernard W. Sheehan, Journal of the American Academy of Religion "In one of the finest studies of recent years we have an ambitious attempt to satisfy scholar, Native American, popular reader, and truth."-Thomas McElwain, Western Folklore