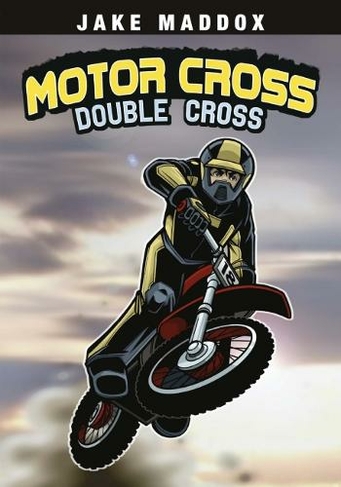 Best friends Carlos and Ricky race all the time, but when their bikes are sabotaged before a major race, they can't trust each other. They'll have to work together to figure out who's pulling a double-cross.

Bob Temple lives in Rosemount, Minnesota, with his wife and three children. He has written more than thirty books for children. Over the years, he has coached more than twenty kids' soccer, basketball, and baseball teams. He also loves visiting classrooms to talk about his writing. Sean Tiffany has worked as an illustrator for more than twenty-five years. He has illustrated more than sixty children's books for Capstone and has been an instructor at the famed Joe Kubert School in northern New Jersey. He mixes his love of comics, art, and rock and roll in the multimedia project OilCan Drive. Raised on a small island off the coast of Maine, Sean now resides in Boulder, Colorado with his wife, Monika, their son, James, and a house full of entirely too many guitars.