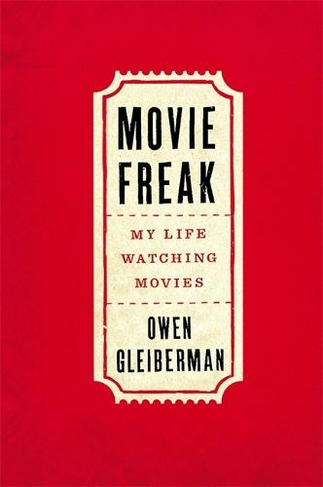 From a personal obsession with film, to an unorthodox mentorship with the legendary Pauline Kael, to establishing himself with the upstart Entertainment Weekly, Movie Freak is the memoir by veteran film critic Owen Gleiberman that will speak to anyone whose life has been changed by a great film. What molds a critic? Perhaps it takes parents willing to buy nine-year-old Gleiberman drive-in tickets for Rosemary's Baby. Like millions of us, Gleiberman loves movies and in this frank and funny memoir he not only reveals the details of how he became a critic but attempts to show why we find cinema so defining as a society. As one of the premiere tastemakers for more than three decades, Gleiberman, a self-confessed movie freak, explains why he, and so many others, equate film with life. Readers will revel in the juicy details of the behind-the-scenes life of a critic and cheer as he lifts the curtain on life along the red carpet.

Owen Gleiberman is an American film critic. He wrote for The Boston Phoenix and is best known as the founding movie writer for the then-startup Entertainment Weekly, where he was the lead critic for 24 years. Today Gleiberman continues to write for BBC.com and lives in New York City with his wife Sharon and two daughters.