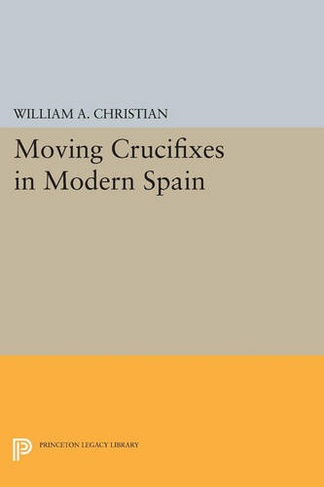 Why are religious visions believed only in certain times and places? In this book William Christian investi gates the settings and responses to a series of group visions reported by Spaniards in rural Galicia, Valencia, Cantabria, and Navarre in the early part of this century the most notable one involving the crucifix at Limpias, where Jesus was first seen agonizing on the cross during a mission service in March of 1919. In light of the social strife and strong anticlerical movements of the period, the author examines how gender and religious politics influenced the experiences of seers and the interpretation of their visions by church officials, journalists, and the public. Christian approaches the story inductively, from the visionaries and the parish to the religious orders, diocesan officials, and Vatican envoys. He places the events in the context of mission dramaturgy and pilgrimages to Lourdes, and shows their ramifications in Italy, Mexico, the United States, France, and Central Europe. Using oral testimony, church archives, local newspaper accounts, and apologetic literature, Christian finds that some observers related the moving crucifixes to a logical, millenarian sequence that included earlier apparitions in France; for others they were divine reactions to national political events; while for many local people they were signs for the establishment of new shrines. His study reveals the preoccupations of ordinary people and how they found expression in religious images. Originally published in 1992. The Princeton Legacy Library uses the latest print-on-demand technology to again make available previously out-of-print books from the distinguished backlist of Princeton University Press. These editions preserve the original texts of these important books while presenting them in durable paperback and hardcover editions. The goal of the Princeton Legacy Library is to vastly increase access to the rich scholarly heritage found in the thousands of books published by Princeton University Press since its founding in 1905.