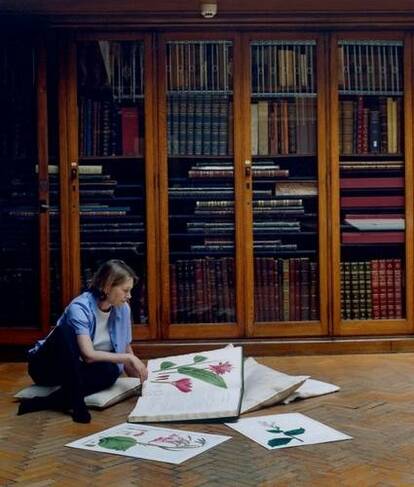 By Jyll Bradley (Author)
Hardback
https://www.whsmith.co.uk/products/mr-roscoes-garden/jyll-bradley/hardback/9781846311666-01-000.html £24.95
GBP
Availability
Currently unavailable. We don't know when or if this item will be back in stock
Share

'Mr Roscoe's Garden is a key outcome of The Fragrant Liverpool project. Conceived by Jyll Bradley, this is a unique international art project exploring the stories, rites and exchanges that occur when a flower is cut and placed in the human hand. The project centres on the fascinating story of the Liverpool's Botanic Collection and the people involved in its intriguing history. Established by William Roscoe in 1802, and moved to more extensive sites in both 1846 when it became a public facility and in 1964, the complete Botanic Collection has not been on display since 1984 when it closed to the public in a political storm that mirrored the cataclysmic 1980s decline of Liverpool itself. The collection thus has both a glorious and tragic past. Jyll Bradley draws together the compelling tales of the Botanic Collection's history in this creatively ambitious and beautifully illustrated book, evoking the people that made the collection and the distant lands that supplied the plants. By the early nineteenth century the Liverpool Botanic Collection was one of the greatest botanic gardens of its day, filled with strange and rare plants arriving on ships through the City's port from an ever-widening imperial world. By the mid-twentieth the Collection included the greatest orchid collection ever amassed in municipal Britain, as it still does today. While the indignity of the closure lives on, so do, by miracle, the living plants and the dried plants (in Liverpool's magnificent Herbarium); the books; the paintings and all the other riches that have, at one time, or another, co-existed in the Liverpool Botanic Gardens. The glory days are still in the past, but the plant collections have continued to be nurtured and grown and Liverpool's current revival has signalled a new future for the Collection. Painstakingly designed by Jyll Bradley, Mr Roscoe's Garden is a work of art in itself. Its publication also coincides with the re-emergence of the collection as goes to the Chelsea Flower Show for the first time in 30 years and the Gardens open once again to the public.

Jyll Bradley (www.jyllbradley.net) is an acclaimed artist and writer based in London. Her work encompasses photography, text and installation and is often a timely response to the particular history and poetics of a place and the people she meet there. Much of her work is based around 'worlds' that are going through a difficult period of self-reflection and transition, or desiting re-invention. Her work has previously been exhibited in Glasgow, Musco De Antioquia, Medellin, Colombia, Guangzhou, China and London

Mr Roscoe's Garden
Mr Roscoe's Garden
Jyll Bradley
Hardback
Currently unavailable. We don't know when or if this item will be back in stock
https://www.whsmith.co.uk/products/mr-roscoes-garden/jyll-bradley/hardback/9781846311666.html £24.95
GBP