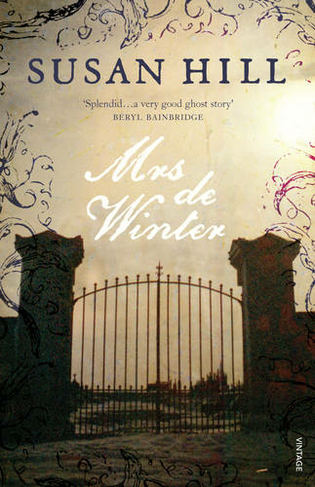 Rebecca was Daphne du Maurier's most famous and best-loved novel. But what happened next? Married to the sophisticated, wordly-wise Maxim, the second Mrs de Winter's life should be happy and fulfilled. But the vengeful ghost of Rebecca, Maxim's first wife, continues to cast its long shadow over them. Back in England after an absence of over ten years, it seems as if happiness will at last be theirs. But the de Winters still have to reckon with two hate-consumed figures they once knew - both of whom have very long memories...

Susan Hill's novels and short stories have won the Whitbread, Somerset Maugham and John Llewellyn Rhys awards, and the Yorkshire Post Book of the Year, and been shortlisted for the Man Booker Prize. She is the author of 56 books. The play adapted from her famous ghost story, The Woman in Black, has been running in the West End since 1989; it is also a major feature film. Her crime novels featuring DCS Simon Serrailler are currently being adapted for TV.Susan Hill was born in Scarborough and educated at King's College London. She is married to the Shakespeare scholar Stanley Wells, and they have two daughters. Susan Hill was appointed a CBE in the Queen's Diamond Jubilee Honours.www.susan-hill.com