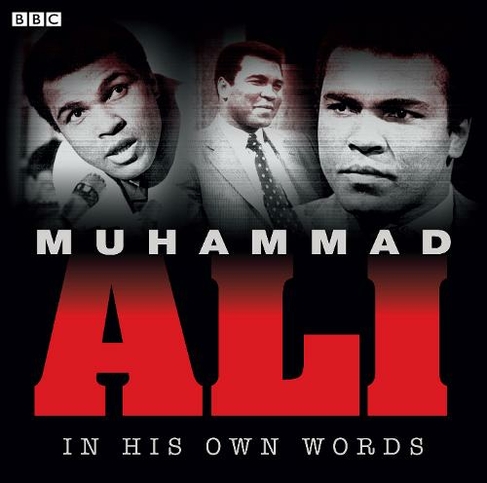 Muhammad Ali In His Own Words: (Unabridged edition)

This fascinating collection of archive interviews with Muhammad Ali begins in 1965 with an interview with Harry Carpenter, and culminates with a TV interview with Joanna Lumley in 1989. Along the way Ali makes several famous appearances on Parkinson in the 1970s, and talks to David Frost in The Frost Interview. The 1980s find him answering questions about his impending retirement and rumours that he is suffering from Parkinson's disease. In the course of these appearances he also discusses his fighting career, his frank views on religion and society, his vision of a separate black-only American state, and his lack of formal education. 2 CDs. 1 hr 26 mins.

Born Cassius Marcellus Clay in Louisville, Kentucky, in 1942, Ali began boxing at the age of twelve. By the age of eighteen he had won all amateur titles available and in 1960 he won the Light Heavyweight Gold Medal at the Rome Olympics. On his return to the States, the young boxer - who had caused a stir with his unorthodox style of boxing and brash behaviour - turned professional and began what was to become the most remarkable career in the history of sport. Indeed, 'floating like a butterfly, stinging like a bee', punching, prophesying, and generally creating a storm of controversy wherever he appeared, he quite literally transformed his sport and became the world's most adored athlete. His conversion to Islam in the 1960s had a profound impact on his life and undoubtedly influences much of his search for peace and unity today. Despite suffering from Parkinson's Disease, Ali works tirelessly for a number of charitable organizations.