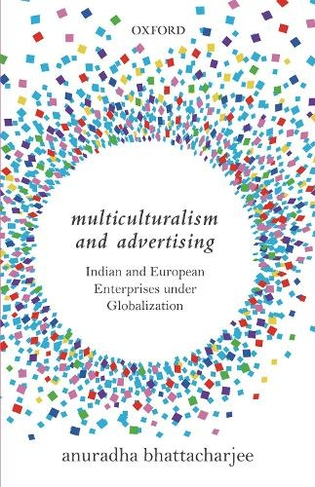 Multiculturalism and Advertising: Indian and European Enterprises under Globalization

Few expressions of globalization are as visible, widespread and pervasive as the worldwide proliferation of internationally traded consumer goods. Advertising is not only a useful index to measure globalization, but also a catalyst to increasing interconnections between economies and cultures. This book presents a comparative analysis of multicultural advertising through an empirical study of advertisements in two geographically diverse commercial regions-Europe and India. Showing that there has been a significant increase i multicultural images, symbols, and texts in advertisements across consumer goods-for the 'elite' as well as the 'less elite' -this book argues that there is a growing congruence of values among different cultures. It suggests that in spite of our differences, we are moving, at least in the corporate world, toward a larger unity.

Anuradha Bhattacharjee currently works as a consultant (marketing & strategy), faculty, and cross-cultural trainer for multinational corporations in India and abroad.