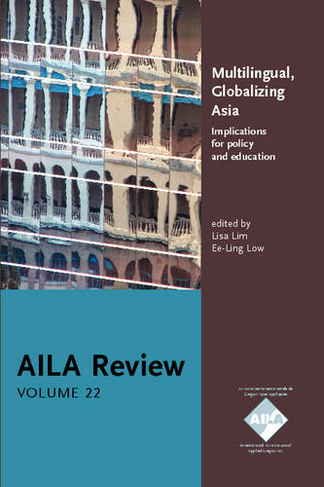 By Lisa Lim (Contributor), Ee Ling Low (Contributor)
Paperback
https://www.whsmith.co.uk/products/multilingual-globalizing-asia-implications-for-policy-and-education-aila-review-volume-22-22/lisa-lim/ee-ling-low/paperback/9789027239945-01-000.html £78.00
GBP
Availability
Currently unavailable. We don't know when or if this item will be back in stock
Share

This special issue has Asia as its focus, springboarding primarily from the multilingual reality that defines South and Southeast Asia, but also including the regions of East Asia normally considered more monolingual. The collection of articles addresses the tensions involved in how the countries position the English language even as they maintain and manage their own endogenous language(s), critically considering issues concerning plurilingual practices long existing in the region, the consequences of post-independence official language and medium of instruction choices, as well as the situation of minority communities who tend to fall out of official consideration, highlighting the interesting disjuncts between official discourse and community practice that often exist, and the implications that thus arise, particularly for policy and education. While English holds great import as a former colonial language and/ or a most valuable commodity in this age of globalization, it also becomes evident that, particularly in East and Southeast Asia, Mandarin may indeed be another force to be reckoned with.