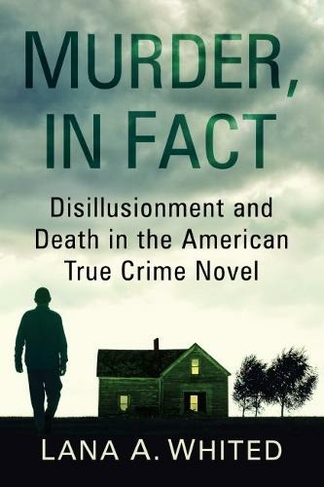 Murder, in Fact: Disillusionment and Death in the American True Crime Novel

By Lana A. Whited (Author)
Paperback
https://www.whsmith.co.uk/products/murder-in-fact-disillusionment-and-death-in-the-american-true-crime-novel/lana-a-whited/paperback/9781476672243-12-000.html £54.05 rrp £58.95 Save £4.90 (8%)
GBP
Availability
PRE-ORDER released 30 October 2020
With Free Standard Delivery To Your Home Or Store
Details
Spend £15 On Eligible Products To Recieve Free Standard Delivery To You Home Or Free Next Working Day Click And Collect To Store
Share

With the 1965 publication of In Cold Blood, Truman Capote declared that he broke new literary ground. But, despite its kinship with the New Journalism, Capote's "nonfiction novel" belongs to the long tradition of literary naturalism, originating in the work of nineteenth-century French novelist Emile Zola. Now, Naturalism offers a particular response to the increasing problem of violence in American life and the sociological implications of that violence. This book traces the origins of the fact-based homicide novel tradition that emerged in the mainstream of twentieth-century American literature with works such as Frank Norris's McTeague and Theodore Dreiser's An American Tragedy. At the heart of these novels is a young man isolated from every possible community who acts out in desperate circumstances against someone who reflects his isolation. A tension develops in the narrative between how society views this killer and the way he is viewed by the novelist, who shows the protagonist as both victimizer and victim. The crimes central to these narratives epitomize the vast gap between those who can aspire to the so-called "American dream" and those with no realistic chance of achieving it.

Lana A. Whited is professor of English and director of the Boone Honors Program at Ferrum College. She has edited two volumes of essays on the Harry Potter series and one volume on the Hunger Games trilogy.