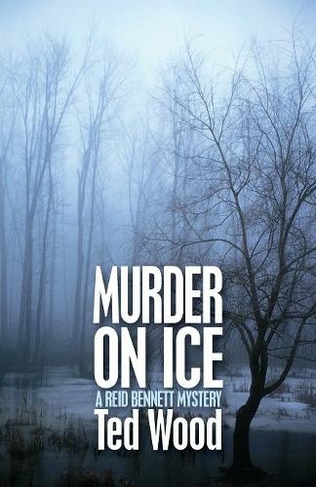 Also available on eBook for £5.79. Click here to purchase from Rakuten Kobo

Police chief Reid Bennett-"the most savvy cop currently in the genre"-and his dog track cold-hearted kidnappers in a Canadian crime thriller (Library Journal). Reid Bennett, the newest addition to the Murphy's Harbour, Ontario, police department, has embarked on his second case. During the Ice Festival, there is a sudden blackout and the Queen of the Ice Festival disappears; in fact she has been kidnapped! Members of a feminist anti-pageant group are suspected, but Reid suspects something fishy. He must expose the organizer of the kidnapping-and try not to get himself killed.

Ted Wood was born in Shoreham, Sussex, England. Throughout his life, he was a flier, a beat cop, a pin-boy, a soda-jerk, a freight porter, and an advertising hotshot. He also wrote dozens of short stories, hundreds of magazine articles, including two long-running humor columns, television plays, and one musical comedy. He had fourteen books, thirteen of them novels, published in Canada, the United States, Britain, Czechoslovakia, France, Germany, Holland, Italy, and Japan. Wood was the author of the acclaimed Reid Bennett mystery series. As Jack Barnao, he also wrote the John Locke Mysteries: Lockestep, Hammerlocke, and Timelocke. After being widowed, he married his wife, Mary, in 1975. He was the father of three, stepfather to another three, and granddad to a total of nine, counting steps and one step-step. Wood ran Whitby's Ezra Annes House bed and breakfast in partnership with Mary. He passed away in 2019.