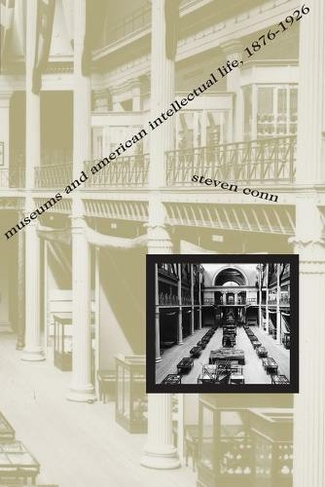 During the last half of the 19th century, Americans built many of the country's most celebrated museums, such as the American Museum of Natural History in New York, the Philadelphia Museum of Art, and Chicago's Field Museum. This text argues that Americans built these institutions with the confidence that they could collect, organize, and display the sum of the world's knowledge. Examining various kinds of museums, the author discovers how museums gave definition to different bodies of knowledge and how they presented that knowledge - the world in miniature - to the visiting public. The study includes familiar places like the Metropolitan Museum of Art and the Academy of Natural Sciences, but also draws attention to forgotten ones, like the Philadelphia Commercial Museum, once the repository for objects from many turn-of-the-century world's fairs. What emerges from the analysis is that museums of all kinds shared a belief that knowledge resided in the objects themselves. Using what Steven Conn has termed an "object-based epistemology," museums of the late 19th century were on the cutting edge of American intellectual life. By the first quarter of the 20th century, however, museums had largely been replaced by research-oriented universities as places where new knowledge was produced. According to Conn, not only did this mean a change in the way knowledge was conceived, but also, and perhaps more importantly, who would have access to it. 27 halftones