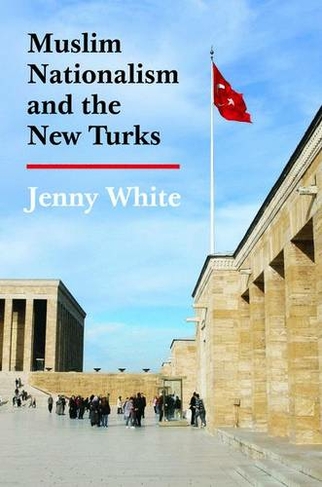 Muslim Nationalism and the New Turks

Turkey has leapt to international prominence as an economic and political powerhouse under its elected Muslim government, and is looked on by many as a model for other Muslim countries in the wake of the Arab Spring. This book reveals how Turkish national identity and the meanings of Islam and secularism have undergone radical changes in today's Turkey, and asks whether the Turkish model should be viewed as a success story or cautionary tale. Jenny White shows how Turkey's Muslim elites have mounted a powerful political and economic challenge to the country's secularists, developing an alternative definition of the nation based on a nostalgic revival of Turkey's Ottoman past. These Muslim nationalists have pushed aside the Republican ideal of a nation defined by purity of blood, language, and culture. They see no contradiction in pious Muslims running a secular state, and increasingly express their Muslim identity through participation in economic networks and a lifestyle of Islamic fashion and leisure. For many younger Turks, religious and national identities, like commodities, have become objects of choice and forms of personal expression. This provocative book traces how Muslim nationalists blur the line between the secular and the Islamic, supporting globalization and political liberalism, yet remaining mired in authoritarianism, intolerance, and cultural norms hostile to minorities and women. 13 halftones.

Jenny White is associate professor of anthropology at Boston University. She is the author of Islamist Mobilization in Turkey and Money Makes Us Relatives: Women's Labor in Urban Turkey.