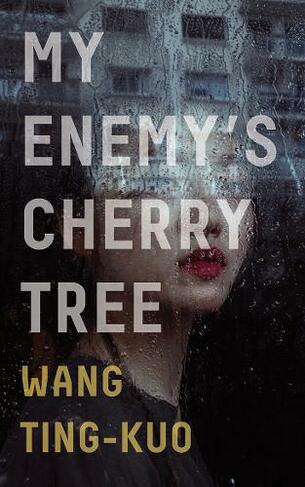 A man who has come from nothing, from poverty and loss, finds himself a beautiful wife, his dream love. When she vanishes without a trace, he sets up a small cafe in her favourite spot on the edge of the South China Sea, hoping she'll return. Instead, he is confronted by the man he suspects may be responsible for everything he has suffered: Luo Yiming, a prominent businessman and philanthropist who holds the small town in his sway. In the few moments the two men spend together, Luo is driven mad. So begins a story of desire and betrayal set against the tumultuous first decade of Taiwan's 21st Century. The recipient of all three of Taiwan's major literary prizes, My Enemy's Cherry Tree is a story of love, money and coercion, in which two men who have sought to acquire something unattainable, instead lose something irreplaceable.

One of Taiwan's most celebrated authors, Wang Ting-Kuo was born in 1955. He began writing fiction when he was 18 and quickly took the literary world by storm, only to disappear from the literary scene when his soon-to-be father-in-law gave him a devastating ultimatum: either give up the precarious life of a writer or give up my daughter. Having made his fortune, Ting-Kuo returned with a vengeance with MY ENEMY'S CHERRY TREE which has since won all of Taiwan's major literary prizes. This novel marks his English-language debut.