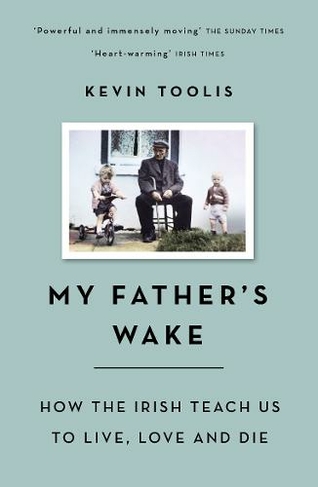 My Father's Wake: How the Irish Teach Us to Live, Love and Die

Death is a whisper in the Anglo-Saxon world. But on a remote island, off the coast of County Mayo, it has a louder voice. The local radio station runs a thrice-daily roll-call of the recently departed. The islanders keep vigil with the corpse and share in the sorrow of the bereaved. The living and the dead are bound together in the oldest rite of humanity. In My Father's Wake, Kevin Toolis gives an intimate, eye-witness account of the death and wake of his father, celebrating the spiritual depth of the Irish Wake and asking if we too can find a better way to deal with our mortality, by living and loving in the acceptance of death.

Kevin Toolis is a writer and film-maker. He is the author of an acclaimed chronicle of Ireland's Troubles, Rebel Hearts: Journeys Within the IRA's Soul. He has written for the New York Times Magazine and the Guardian and reported on conflicts across the world. As a film-maker Toolis has won a BAFTA for Best Single Drama and was nominated for an Emmy for his documentaries on the Middle East. His family have lived in the same oceanside village on an island off the coast of County Mayo for the last 200 years.