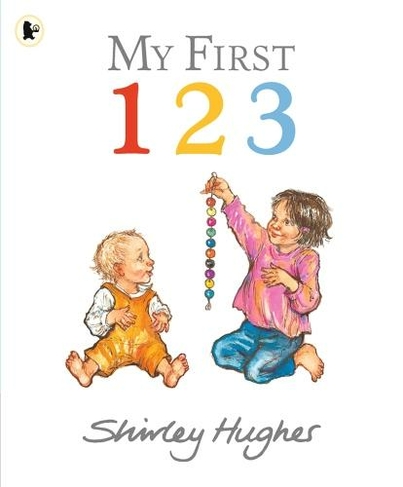 A delightful introduction to numbers from Shirley Hughes, one of the best-known and most-loved picture book creators. Learning how to count is fun and easy with Katie and her baby brother, Olly. Join them as they explore their friendly and familiar world and all it contains in this charming first numbers book. At home, at the beach or even at playgroup - there's always a chance to learn about numbers. Share and explore every wonderful experience in their simple yet enchanting world and let little readers learn how to count from 1 to 10.

Shirley Hughes has won many prestigious awards, including the Kate Greenaway Medal twice. She began to write and design her own picture books when she had a young family and has now published more than two hundred titles. Shirley's first novel, Hero on a Bicycle (9781406336115) was published by Walker in 2012, and her critically acclaimed adventure, Whistling in the Dark was published in 2015. She lives in West London.