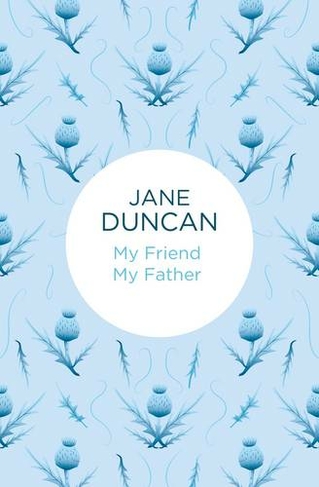 'It seems to me,' my father said quietly, 'that one always tries to leave a place better than one found it . . .' From the time when she was small enough to be held high above his head Duncan Sandison was the most important person in Janet's life . . . This remarkable novel, the story of a remarkable man who has appeared in many previous Friends, begins with Janet as a young child at Reachfar. As she grows up her admiration for Duncan deepens into a bond of true affection that sustains her through many trials and adventures. After her marriage to Twice Alexander it is her father's letters that bring the scent of the heather to the Caribbean, carrying with them all the comfort of his love . . .

Born in Scotland in 1910, Jane Duncan spent her childhood in Glasgow, going for holidays to the Black Isle of Inverness. After taking her degree at Glasgow University she moved to England in 1931, and when war broke out she was commissioned in the WAAF and worked in Photographic Intelligence.After the war she moved to the West Indies with her husband, who appears as 'Twice' Alexander in her novels. Shortly after he husband's death, she returned to Jemimaville near Cromarty, not far from her grandparents' croft which inspired the beloved 'Reachfar'. Jane Duncan died in 1976.