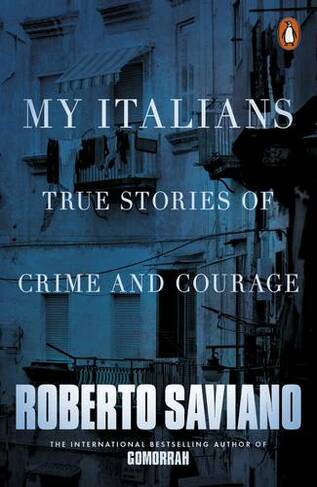 My Italians True Stories of Crime and Courage

From the international bestselling author of Gomorrah, this is a deeply personal and candid portrait of Italy today: a place of trafficking and toxic waste, where votes can be bought and sold, where organized crime ravages both north and south - yet also where many courageous individuals defy the system, and millions work tirelessly for a better future. 'Saviano is a blazingly vivid and courageous writer' Independent 'A national hero' Umberto Eco 'Saviano has an astonishing ability to write luminously yet subtly about terrible things' Le Parisien 'Brave and passionate' Guardian 'One of the world's finest investigative journalists' GQ

Roberto Saviano is an Italian journalist and the author of several books including Zero Zero Zero and the international bestseller Gomorrah, which has sold over ten million copies in fifty languages worldwide. He has been living under police protection since October 2006, following threats received from the criminal organizations that he denounced. In November 2008 Saviano was invited by the Nobel Committee in Stockholm to give a lecture on 'Freedom of Speech and Lawless Violence'.