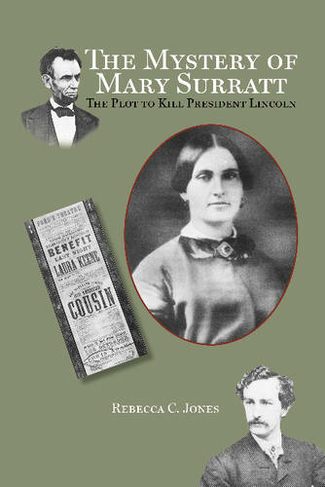 Mystery of Mary Surratt: The Plot to Kill President Lincoln

The Mystery of Mary Surratt is a true story about the Maryland woman who was convicted and hanged in 1865 for her alleged part in the assassination of Abraham Lincoln. For more than a century, historians have argued about her true role. Some claim she knew nothing about John Wilkes Booth's plan to shoot Lincoln and other top government leaders. Others insist she knowingly helped Booth and might even have masterminded the whole plot. This book lays out the facts in a narrative that lets young readers draw their own conclusions. Author Rebecca C. Jones researched the book at the Surratt House library in Clinton, Maryland, where she read letters, old newspapers, diary entries, and other sources. She also followed the Booth escape route, interviewed researchers, and found a diary written by a woman who was in the Old Capitol Prison with Mary Surratt. The book is aimed at middle-schoolers, but is accessible to fourth graders studying Maryland history. It should help students develop critical thinking skills as they decide for themselves whether Mary Surratt was guilty or innocent. Grades 4 to 8 33 b/w photos, 1 map

Rebecca C. Jones lives near the Chesapeake Bay in Annapolis, Maryland, where she writes books for children.