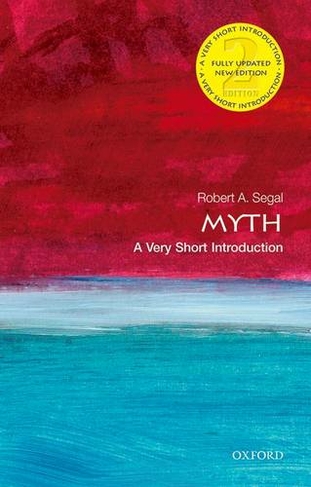 Where do myths come from? What is their function and what do they mean? In this Very Short Introduction Robert Segal introduces the array of approaches used to understand the study of myth. These approaches hail from disciplines as varied as anthropology, sociology, psychology, literary criticism, philosophy, science, and religious studies. Including ideas from theorists as varied as Sigmund Freud, Claude Levi-Strauss, Albert Camus, and Roland Barthes, Segal uses the famous ancient myth of Adonis to analyse their individual approaches and theories. In this new edition, he not only considers the future study of myth, but also considers the interactions of myth theory with cognitive science, the implications of the myth of Gaia, and the differences between story-telling and myth. ABOUT THE SERIES: The Very Short Introductions series from Oxford University Press contains hundreds of titles in almost every subject area. These pocket-sized books are the perfect way to get ahead in a new subject quickly. Our expert authors combine facts, analysis, perspective, new ideas, and enthusiasm to make interesting and challenging topics highly readable. 9 black and white illustrations

Robert A. Segal was born, raised, and educated in the United States. He received his PhD in religion from Princeton University. He taught in the US for many years at Reed College, Stanford University, the University of Pittsburgh, and Tulane University before relocating to the UK in fall 1994. He taught at Lancaster University, before moving in 2006 to the University of Aberdeen, where he is Sixth Century Chair in Religious Studies. He teaches and writes ontheories of myth and on theories of religion. Among the books he has written or edited are Joseph Campbell (1987, 1990) The Gnostic Jung (1992), Jung on Mythology (1998), The Myth and Ritual Theory (1998), Theorizing about Myth (1999), The Blackwell Companion to the Study of Religion (2006), and30-Second Mythology (2012). He is currently editing the Oxford Handbook of Myth Theory.