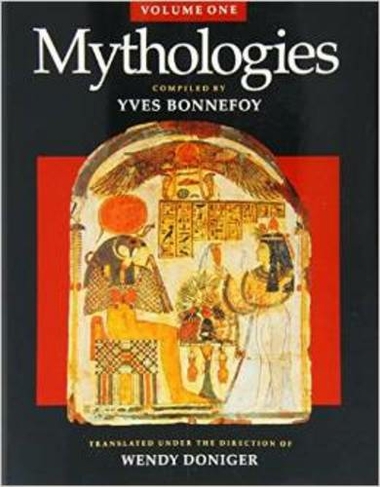 With 395 original articles written by leading scholars, it is a remarkable encounter with the mythologies of cultures past and present--the web of stories, traditions, rituals, practices, beliefs, divine figures, sacred objects, and great themes that define civilization. Drawing on a breathtaking array of sources, from the history of religions to anthropology, archaeology, literature, and linguistics, the contributors define a new approach to the understanding of myth in society. For this first English-language edition, the articles have been rearranged by region or culture. Together they comprise an exceptionally broad, stimulating introduction to the religious and mythical traditions of the world--from the idea of death in Ancient Egypt to the ideology of nationalism in modern Europe. Greeks and Romans are here in force, naturally, but so too are the Bantu, Dinka, and Dogon of Africa and the Armenians, Mongols, and Turks of Asia. Readers of Mythologies will discover a wealth of fresh primary sources on such little known traditions as those of the Vietnamese--and bold, provocative new interpretations of well-studied traditions, such as those of classical Greece. 660 halftones

Wendy Doniger is the Mircea Eliade Professor of the History of Religions in the Divinity School and a professor in the Department of South Asian Languages and Civilizations and the Committee on Social Thought at the University of Chicago. Yves Bonnefoy (1923-2016) is recognized as the greatest French poet of the past fifty years. By the time of his death, he had published eleven major collections of poetry in verse and prose, several books of tales, and numerous studies of literature and art. Hoyt Rogers translates works from French, German, Italian, and Spanish.