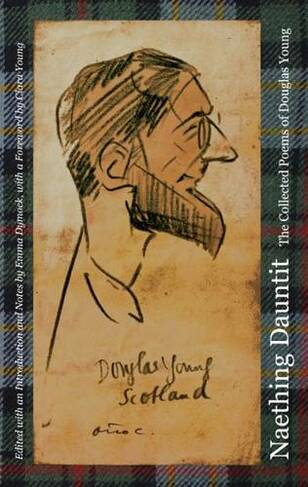 Born in Tayport, Fife, on 5 June 1913, Douglas Young was one of the most charismatic and distinguished Scots of his day. Described by Nigel Tranter as a 'Poet, scholar, author, linguist, raconteur and fighter of causes', he was a genuine polymath, an intellectual giant, and his range of interests was exceptional. A brilliant Classical scholar, who studied and later taught Latin and Greek, he had a great facility for languages. Above all he was fluent in 'Lallans' or Lowland Scots, in the tradition of Burns, Scott and Stevenson. Young was one of the leading 'Scottish Renaissance' poets or 'neoLallans Makars', and his two notable volumes of his poetry were Auntran Blads: an outwale of verses (1943) and A Braird O Thristles (1947), included here. He died at Chapel Hill, North Carolina, USA, where he was Paddison Professor of Greek, on 24 October 1973. Black & white illustrations

The author, Douglas Cuthbert Colquhoun Young (1913-1973) was a Scottish poet, scholar, translator and politician. The editor, Emma Dymock, is a Post-Doctoral Fellow in the Department of Celtic and Scottish Studies at the University of Edinburgh where she teaches classes in Gaelic and Celtic literature and culture. She is co-editor of Scottish and International Modernisms: Relationships and Reconfigurations (2011), Lainnir a' bhuirn: Scottish Gaelic Literature in the Twentieth Century and Beyond (2011) and Caoir Gheal Leumraich/ White Leaping Flame: Sorley MacLean Collected Poems (2011). Her research interests centre on the Scottish Renaissance and the political and cultural intersections of the Scots and Gaelic poets. She is currently editing the Sorley MacLean - Douglas Young correspondence.