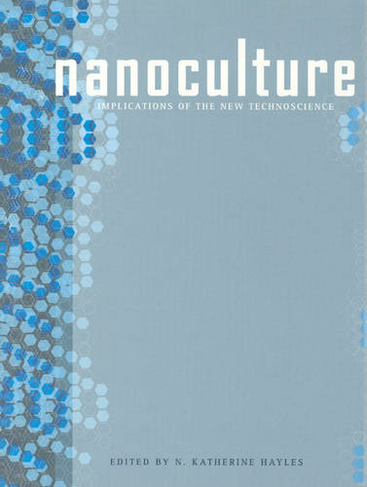 Nanoculture: Implications of the New Technoscience

"Nano" denotes a billionth; a nanometer is a billionth of a meter. New instrumentation and techniques have for the first time made possible materials research and engineering at this level, the scale of individual molecules and atoms. Extraordinary visions of material abundance, unprecedented materials, and powerful engineering capabilities have marked the arrival of nanotechnology, as well as dystopian scenarios of self-replicating devices running amok and causing global catastrophe. Largely a future possibility rather than present actuality, nanotechnology has become a potent cultural signifier. NanoCulture explores the ways in which nanotechnology interacts with, and itself becomes, a cultural construction. Topics include the co-construction of nanoscience and science fiction; the influence of risk assessment and nanotechnology on the shapes of narratives; intersections between nanoscience as a writing practice and experimental literature at the limits of fabrication; the Alice-in-Wonderland metaphor for nanotechnology; and the effects of mediation on nanotechnology and electronic literature. NanoCulture is produced in collaboration with the nano art exhibit at the Los Angeles County Museum of Art (December 2003-September 2004), created by an interdisciplinary team led by media artist Victoria Vesna and nanoscientist James Gimzewski. NanoCulture is richly illustrated with images from the nano exhibit, which also provides the basis for an ethnographic analysis of collaborative process and an exploration of changing concepts of museum space. The dynamic uniting these diverse perspectives is boundary crossing: between art, science, and literature; cultural imaginaries, scientific facts, and technological possibilities; actual. virtual, and hybrid spaces; the science of fictions and the fictions of science; and utopian dreams, material constraints, and dystopian nightmares. The first book-length study focus on cultural implications of nanotechnology, NanoCulture breaks new ground in showing the importance of the new technoscience to contemporary culture and of culture to the development, interpretation, and future of this technoscience.

N. Katherine Hayles is a postmodern literary critic and the James B. Duke Professor of Literature at Duke University.