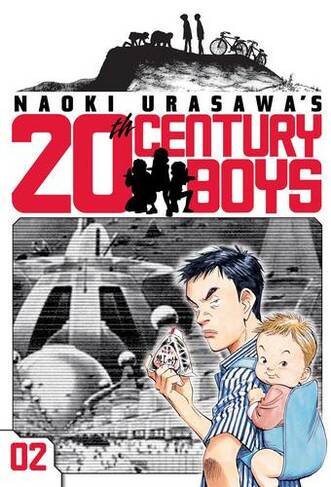 The Friend, an enigmatic cult leader who plans to destroy the world, declares, 'The cosmos has begun choosing those who are true friends'. Meanwhile, horrifying incidents are taking place: the emergence of a mysterious virus, the revelations of a man on the run... Kenji tries to find out who this Friend is, but the answer is still far ahead. The footsteps of doom slowly creep closer and a shadow falls over the city... Yukiji remembers who came up with their group's enigmatic symbol: Otcho. She also discovers that, nine years earlier, Otcho had been working in Thailand but mysteriously vanished. Could Otcho be the mysterious Friend? Also, a legendary detective is hot on the trail of the Shikishima kidnappers, but the clues he uncovers lead him dangerously close to the Friends cult. Is his life now in danger as well? EU Toy Safety Directive - No warning

Naoki Urasawa has been a highly recognized and successful manga artist for more than twenty years. Creator of popular series such as 20TH CENTURY BOYS and YAWARA, Urasawa has been the recipient of numerous prestigious awards including the first Japanese Media Art Festival Manga Award of Excellence, the Osamu Tezuka Culture Award in 1999, and the 46th Shogakukan Manga Award. Naoki Urasawa's Monster has thrilled and entertained well over 25 million readers in Japan.