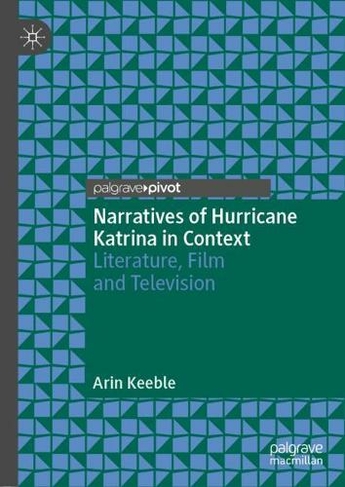 This book analyzes six key narratives of Hurricane Katrina across literature, film and television from the literary fiction of Jesmyn Ward to the cinema of Spike Lee. It argues that these texts engage with the human tragedy and political fallout of the Katrina crisis while simultaneously responding to issues that have characterized the wider, George W. Bush era of American history; notably the aftermath of 9/11 and ensuing War on Terror. In doing so it recognizes important challenges to trauma studies as an interpretive framework, opening up a discussion of the overlaps between traumatic rupture and systemic or, "slow violence." 1 Illustrations, black and white; VII, 136 p. 1 illus.

Arin Keeble is Lecturer in Contemporary Literature and Culture at Edinburgh Napier University, UK. He has published widely on the representation of terrorism and disaster and has published in scholarly journals including Modern Language Review, European Journal of American Culture, Comparative American Studies, Canadian Review of American Studies and Punk and Post-Punk.