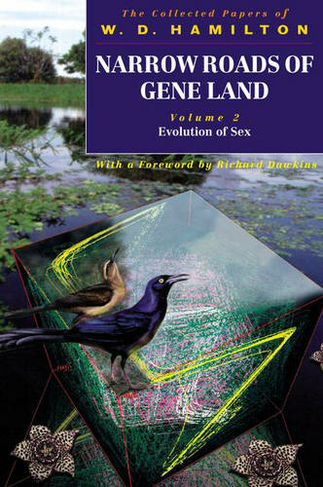 The second volume of the collected papers of W D Hamilton, each one introduced by an autobiographical essay. Hamilton is the most important theoretical biologist of the 20th century and his papers, not especially numerous, have had, and continue to exert, an enormous influence. Many were originally published in obscure and inaccessible places. Volume 1 (OUP, still in print) was devoted mainly to selection for social behaviour, the first half of Hamilton's life's work; Volume 2 is on the other half, on sex and sexual selection, and it includes the 18 papers published between 1980 and 1991. Each paper is accompanied by a specially written introduction describing why the work was done, how the paper came to be written, and its eventual fate. The introductions, written in an accessible, non-technical style, include history, opinion, and excerpts from Hamilton's life. 4 figures and 1 music example

W. D. Hamilton is one of the most influential biologists of the 20th century and is widely regarded as the most important theoretical innovator in the evolutionary study of behaviour since Darwin. He is known throughout the world for his seminal work on social evolution (kin selection), sex ratio evolution and, more recently, for work on the involvement of parasites in sexual selection and on the evolutionary maintenance of sexuality. A Fellow ofthe Royal Society and a Foreign Honorary Member of the American Academy of Arts and Sciences, Hamilton is a Royal Society Research Professor in the Zoology Department at Oxford University. His awards include the Albert Wander Foundation Prize (Switzerland, 1992), the Crafoord Prize (Sweden, 1993), and the KyotoPrize (Japan, 1993).