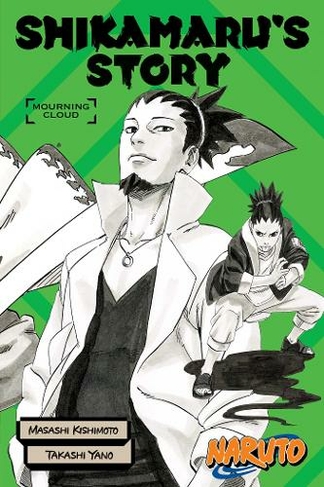 The ninja adventures continue in these stories featuring the characters of Naruto and Boruto! A new series of prose novels, straight from the worldwide Naruto franchise. Naruto's allies and enemies take center stage in these fast-paced adventures, with each volume focusing on a particular clanmate, ally, team...or villain. A rupture in the alliance at the Summit of the Five Kages triggers the Fifth Great Ninja War! Meanwhile, Shikamaru and his family grow further and further apart. But Shikamaru has a very powerful card up his sleeve to bring peace to both the world and his family!

Author/artist Masashi Kishimoto was born in 1974 in rural Okayama Prefecture, Japan. Like many kids, he was first inspired to become a manga artist in elementary school when he read Dragon Ball. After spending time in art college, he won the Hop Step Award for new manga artists with his story Karakuri. After considering various genres for his next project, Kishimoto decided on a story steeped in traditional Japanese culture. His first version of Naruto, drawn in 1997, was a one-shot story about fox spirits; his final version, which debuted in Weekly Shonen Jump in 1999, quickly became the most popular ninja manga in the world. The series would also spawn multiple anime series, movies, novels, video games and more. Having concluded the series in late 2014, Masashi Kishimoto has kept himself busy this year with the side story Naruto: The Seventh Hokage and the Scarlet Spring and writing the story for the latest Naruto movie, Boruto: Naruto the Movie, both of which will focus on the title character's son, Boruto. Takashi Yano won the Shosetsu Subaru Newcomer Award in 2008 with Jashu. He has published a number of works as an expert on period dramas. In addition to the Naruto novelizations, Shikamaru's Story and Itachi's Story: Daylight/Midnight, he is broadening the sphere of his work with other novelizations such as Street Fighter.